Apart from all the negative vibrations, Samsung has finally revealed its Note 9 today. Note lineup is always known for a bigger screen, bigger battery and more RAM. After the Note 7 incident, Samsung played a safe game with the Note 8 with a smaller battery and less inbuilt memory, but with the Note 9, you are getting all the bigger stuff again. And that’s not all, we’ve some new features as well, that’s what we’re seeing in this post.

The design of the phone is almost similar to the leaks that you might have seen before. Dimension wise the Note is a bit smaller than the Note 8 and the boxy design helps you to hold the phone better. As usual, the screen is brilliant and vibrant, you will love enjoying multimedia contents in this phone. The ugliest part of the phone is the back side, throughout the phone rectangular design is adopted and it looks a bit clumsy near the camera area. 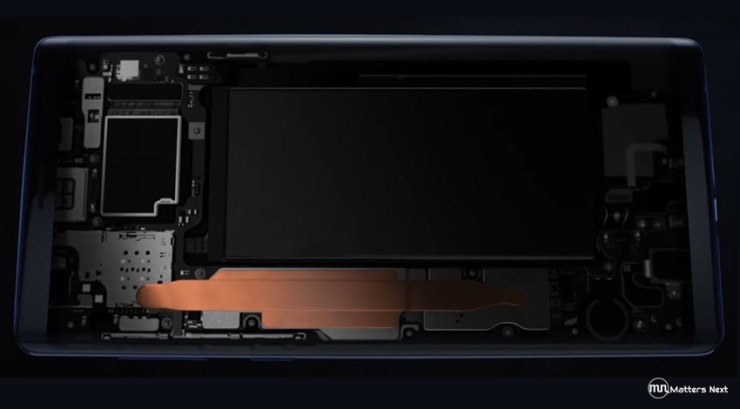 The baseline of the Samsung Galaxy Note 9 comes with 6GB of RAM and 128GB of storage. In the higher end version, you get 8GB of RAM and 512GB of internal memory. I think this is the specification Samsung must have gone with the Tab S4, but they clearly don’t care about the tablet lineup.

In the pricing, Samsung is just following the footsteps of Apple. The 128GB version is $999 and the 512GB version is $1249 (going to put a big hole in your wallet). Preorders start from August 10th and the shipping starts from August 24th. Samsung Galaxy Note 9 quick specification is given below.

Bigger Battery – This Time But Samsung Tested It Twice

The Note 8 lineup can’t even last a day with the provided smaller battery. In the Note 9, Samsung has given us a massive 4000mAH battery. To boost your confidence Samsung claims that the batteries are tested and certified, plus even they got help from the outside companies to test the batteries.

Samsung is clearly encouraging you to trust them this time, but am keeping my fingers crossed. Even last year some Note 8 had a dead phone problem, after the full discharge the screen didn’t turn on even if you charge. I hope there won’t be any issue this time, but we have to wait and see. The phone supports fast wireless charging and fast wire charging as well.

There is Water Inside Note 9

Samsung wants Note 9 to be a gaming device as well. We all know that Fortnite is coming to the Samsung devices. To make a better prolonged gaming experience, Samsung has used “Water Carbon Cooling system”. Does it work? Am also eagerly waiting to know it. Will let you guys know after the teardown, please subscribe to stay updated.

S Pen is a Remote Now

What makes the Note 9 really unique is its S Pen. I have seen many digital artists love the S Pen, even some of them has shared that it is a better alternative for Wacom devices. If you are an artist you will love the S Pen this time, plus the massive 512GB memory will help you store your artworks on the Go.

Samsung has now used the low power Bluetooth in its S Pen to make it work like a remote. You can use this feature to take pictures, presentations clicker or whatever the way you want. Samsung has given you the freedom to map the button to any app and to any action. If you are expecting the same freedom with Bixby button, as sorry it will continue to be an extra physical button which we use rarely. The S Pen now has its own battery, Samsung claims that 40 seconds of charge will give you 30 minutes of battery life. To charge the S Pen you have to put it in the S Pen slot in the Note 9.

Samsung has adopted the same S9 plus dual camera with variable aperture. You get the same slomo options, Bixby smart AI camera features and lot more. What’s new is it now uses AI to adjust camera settings based on the subject, just like the one you have seen in the Huawei P20 pro phone. In the P20 pro the results were great, but if you have more than one subject the AI result was not that great. Am eager to know how Samsung handles those issues with its camera.

Samsung has been recently pushing its two in mobile and PC dream in its devices, just like in the Microsoft Surface devices. With the Note 9, the DEX accessibility is made a lot more easier. This option will be really helpful for digital artists, you can share the Note 9 screen on a bigger monitor and continue your artwork for a more precise result.

As usual, Samsung has picked all the best things from other phones and put it on their device. Samsung S9 sales are not up to the mark and sources claim that Samsung is already expecting the same sales performance with the Note 9 devices as well. Funny thing is even after the worst sales prediction, Samsung is putting the $1000 and $1250 price tag on the devices to make things even more worse.

Next month we are about to see three new iPhones and after that, we have Pixel 3 devices. We have to wait and compare them side by side to see which one is the best. Will share your guys as I learn new things, please subscribe if you haven’t. See ya!!